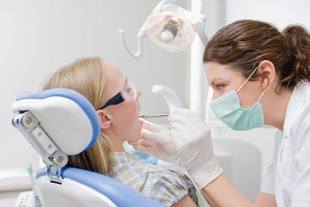 Greece's Supreme Court awarded one 37-year old woman who lost sight in one eye because of the tragic mistake of a dentist. The social worker was compensated with 30,000 euros for medical error, as the Supreme Court upheld a decision by the Appeal Court.

The event took place in August 2002 when she visited the dentist for a root canal treatment. After completion of the procedure, the doctor had to sterilize the tooth using calcium hydroxide, which is caustic. The dentist used a metallic syringe, instead of a special plastic syringe provided for this purpose, but when he attempted to pour the material to the tooth he failed and asked the assistant for another syringe. He did not find one, however, and made a second attempt with the same tool. Because he did not take the necessary measures and not warned the woman to keep her eyes closed, the material ejected with force and entered the left eye, causing a burn of the cornea and conjunctiva.

The court ruled negligence for the dentist since he failed to take those steps which would prevent the unfortunate incident, while he was irrevocably sentenced for criminal injury of the social worker.