On January 13 2012 the Costa Concordia capsized while carrying around 3,200 passengers and 1,000 crew members; 32 people were killed in the accident. The disaster is one of the worst in the cruise industry's recent history, and will likely be the largest marine insurance loss on record.

Costa Cruises, which operated the Concordia, initially offered survivors a 30% discount off future cruises, but the proposal was dismissed as "insulting", so Costa subsequently offered €11,000 (around $14,250) in compensation to uninjured passengers for items lost and any psychological damages, plus a further €3,000 for reimbursement of costs incurred after the event.

An agreement was reached with virtually all of the Italian consumers' associations and defence organisations, with the exception of Codacons, which has launched class action claims on behalf of passengers and victims against the parent company Carnival, requesting £105,000 for each passenger. Similar agreements have been reached in other jurisdictions, such as the United Kingdom and France, where the settlement has been more complex and time consuming than Costa expected.

Costa had set a deadline of February 14 2012 (only a month after the event) for the acceptance of the offer, but FENVAC (the French national federation of the victims of catastrophes), which represented a large number of passengers, contended that this deadline was too close and unreasonable. FENVAC sought an order from the Court of Nanterre to extend the deadline for the acceptance of the offer; the application was upheld and the order was confirmed by the Court of Appeal of Versailles following Costa's appeal.

To date, about 65% of the passengers have accepted the settlement offer, but a large number of claims are still pending (as was predicted).Pending claimsThree crew members recently filed a lawsuit seeking a declaration of nullity for the settlement agreement, alleging that they signed it while in a vulnerable and psychologically impaired state and under financial constraints. They have also alleged that Costa implied that the crew members' acceptance of the settlement was a condition for their continued employment.

Furthermore, a family recently obtained an indemnity twice the amount of the quantum offered in the aftermath of the event (the sums acknowledged by Costa are €22,000 for each passenger). It is possible that this will prompt new claims and, in some instances, attempts to invalidate the previous settlements.

The sums agreed with Costa exceeded the average compensation awarded by Italian courts over the past decade in claims brought by uninjured passengers against travel organisers for breach of travel contracts (ie, the so-called 'ruined holiday' claims), but this case is exceptional: many passengers had to jump from the ship and swim to shore in cold waters and complete darkness. Some suffered physical injuries, while others claim that they have suffered psychological injuries, such as post-traumatic stress disorder, nightmares and flashbacks. Many passengers have claimed that the evacuation was very messy and chaotic, with crew members giving contradictory instructions and the captain delaying the evacuation order for a full hour after the event.

Costa (along with its insurers) has no doubt preferred to settle quickly the vast majority of the potential claims arising from this accident. The settlements that have been concluded thus far have been limited to uninjured passengers; the most serious casualties have brought actions in Italy and abroad (a class action has been filed in the United States seeking larger compensation and punitive damages).

It has proven rather controversial to identify the liability regime applicable to the actions brought by the passengers and the relatives of the deceased. It has been alleged that the claims brought by the passengers are subject to the International Convention on Travel Contracts(1) and the EU Package Holiday Directive (90/314/EC), since the casualties occurred during a cruise included in a package offered by Costa.

Costa Crociere in fact submitted to the passengers a package incorporating Costa's general terms and conditions, the 2012 edition of which refers to the International Convention on Travel Contracts "unless there is a national or international regulation compulsorily applying to the stage or service in which the damage took place" (ie, the convention is referred to as a 'residual' regulation in case there is no mandatory domestic or international law applicable to the claim). Nevertheless, the application of the convention and the EU and Italian legislation on package tours and travel contracts is justified by the fact that although the accident occurred during the sea transit, this was part of a cruise offering a large array of activities.However, other claimants have alleged that Italian law – namely, the Navigation Code – should apply, since the accident occurred on a ship flying the Italian flag and inside Italian territorial waters, and the package tour was stipulated with an Italian company. In this case, there would be no limitation of liability for death or injuries, because the code contains no provision limiting the amount of damages that can be awarded in favour of a passenger or his or her relatives in case of death or injury.

The position reached by Italian courts over the past two decades regarding compensation for death or serious injuries leans towards a progressive increase in the amount of compensatory damages. At present, it is not uncommon for the sums awarded to exceed considerably the limits applicable under the International Convention on Travel Contracts or the Athens Protocol.In addition to monetary damages, the courts have included a (sometimes confusing and unclear) array of non-monetary damages, while the class of parties entitled to claim non-monetary damages for a relative's death has substantially expanded.

However, the Italian Supreme Court recently issued several landmark decisions aimed at reorganising the subject matter and ensuring legal certainty and uniformity, holding that the criteria enshrined in the tables drafted and updated by the Court of Milan should be adopted throughout the country. According to these criteria, in case of a relative's death, claimants are entitled to seek compensation for non-monetary damages in excess of 400,000 special drawing rights.

However, the Supreme Court has progressively reduced the scope of Article 16, especially when dealing with mental and bodily integrity and unalienable rights, such as the rights to health and equitable compensation. Italian court practice no longer requires proof of reciprocity from EU citizens and foreign nationals legally residing in Italy. The Supreme Court recently held that the condition of reciprocity can be required only with regard to non-fundamental rights, since fundamental rights such as life, health and bodily integrity are enshrined in the Constitution and must be guaranteed regardless of nationality.

Furthermore, Italian court practice as of late has tackled issues arising from the necessary consideration of both the victims' social and economic conditions when determining damages and the cost of living in the country where the claimant is domiciled (if the action is brought by a foreign national). The Court of Turin recently held that the need to provide equal compensation to all victims cannot be satisfied by awarding equal amounts of money, regardless of the victim's financial situation, as this would entail an unjust enrichment of the victims living in countries with a lower cost of living. However, this issue is still disputed.

Finally, it has been clarified that a substantial claim will be made by the municipality of Giglio and the local community. Tourism fell by 28% in 2012 and although part of this reduction is probably due to the difficult economic climate, the large wreck still looming near the island's coast does not help to encourage the flow of tourists. The head of Italy's civil protection agency recently stated that officials are now looking at September as the likely date of the ship's removal (officials had originally hoped to remove the ship from Giglio's waters by early 2013).
Source: Munich Re Schadenspiegel 1/2013 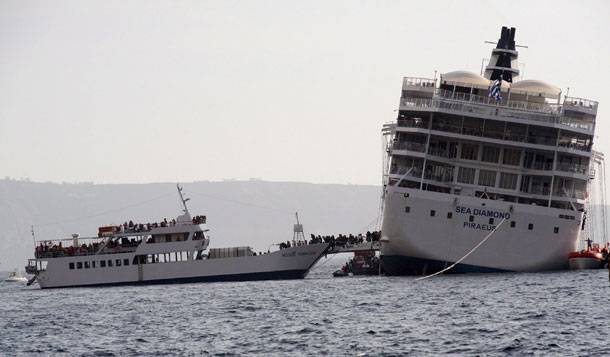 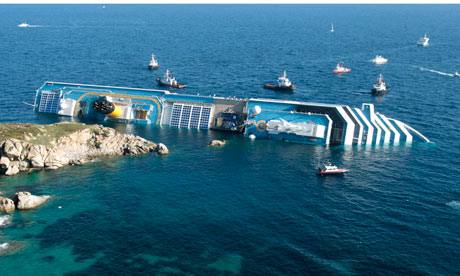 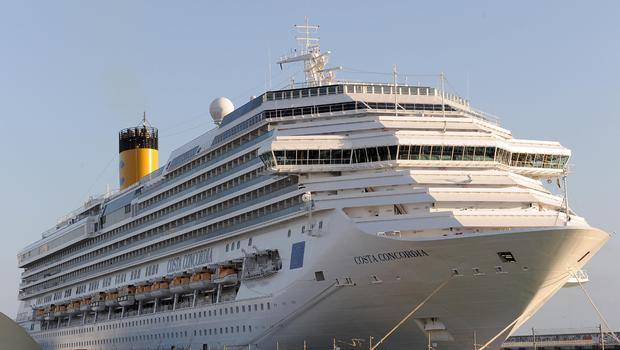 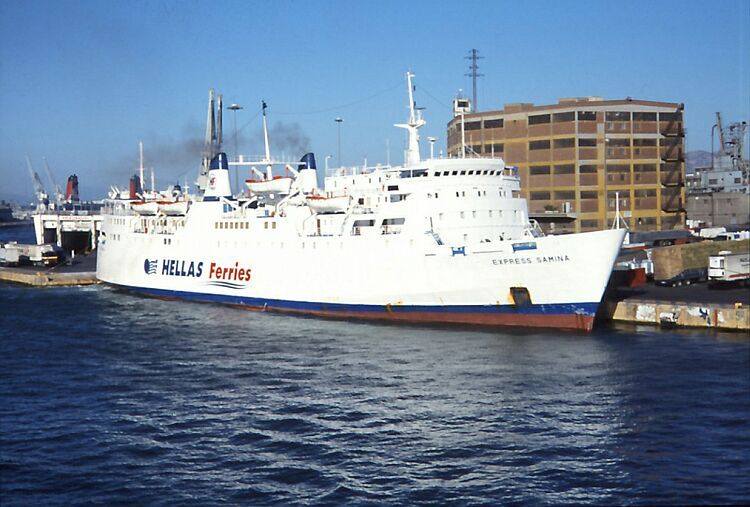 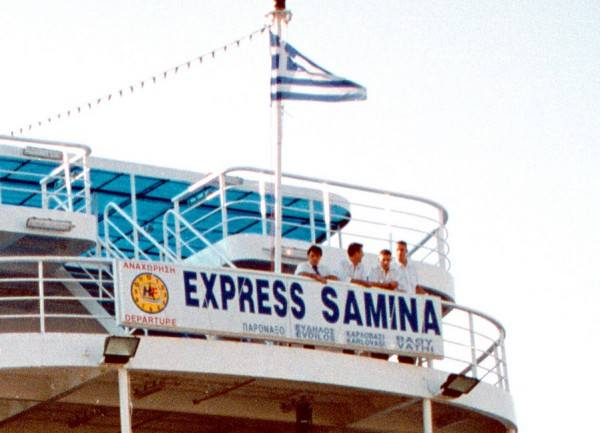